Worried about a pregnancy?

Are you experiencing a pregnancy crisis? Unsure how to proceed? Feeling overwhelmed by your circumstances?

We offer free pregnancy testing in Leesburg, VA when you think you may be pregnant. Call us to schedule an appointment or to talk to a professional more about our services or to seek advice. We have supportive individuals here to help with planning or pregnancy or to talk about the alternatives to abortion available to you. You are not alone. Call Birthright today!

Are you pregnant and in need of help?

we can help you.


Give us a call. We're waiting to help. 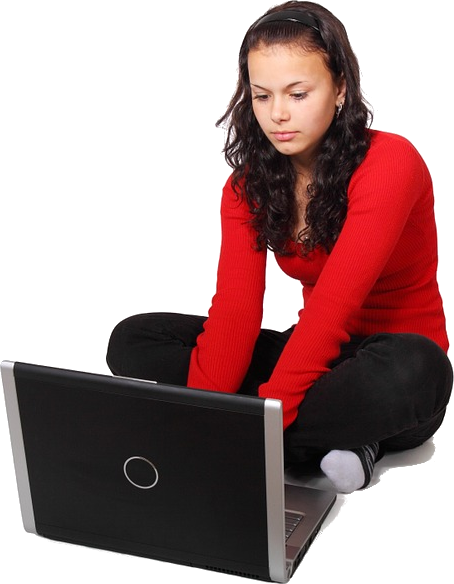 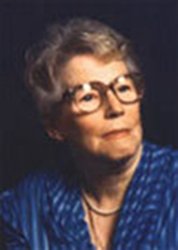 Here When You Have A Pregnancy Crisis near Leesburg, VA

Birthright began in Toronto, Ontario, Canada, in 1968, when Louise Summerhill, a busy housewife and mother of seven children, felt something should be done to help women through an unplanned pregnancy. The grassroots response to her idea was overwhelming, and the Toronto chapter quickly grew into Birthright International, the world's first international crisis pregnancy service. In 2003, Birthright International celebrated its 35th anniversary with over 400 chapters worldwide, including Canada, the United States, and others in South Africa, Ghana, Nigeria, and Colombia. Birthright is a fully independent organization, not affiliated with any church or public agency. Its name and logo are trademarks. An estimated 28,000 women make their first visit to a Birthright chapter every month. Birthright also operates a 24-hour North American hotline, at 1-800-550-4900. Many Birthright volunteers and clients feel a special affection for Louise Summerhill-- an ordinary woman who did something extraordinary to help others.

Events in her life helped her understand the feelings pregnant girls might experience, including feelings of loneliness, fear of criticism, tension with parents, and even the shock of finding oneself unexpectedly pregnant. Birthright began very humbly in 1968, with a one-room office and only $300 in the bank. But Louise's steady leadership and powerful vision ensured that the new pregnancy service survived. In later years, Louise was glad the organization did not begin with a lot of money because it caused Birthright to rely on the "good hearts and hard work of volunteers" to provide "lots of love and common sense." Over thirty-five years later, Birthright International remains true to Louise's original vision of personal, one-on-one contact in helping relationships. Louise's Birthright means "approachability and informality" for clients and volunteers, instead of bureaucracy and meetings in highly structured, business-like environments. Birthright takes a "non-moralistic, non-judgmental" approach toward helping women through their pregnancy dilemmas. Louise regretted the fact that some young unmarried mothers were belittled or ostracized by their relatives: "I can never see anything wrong with any of them." Louise recreated the supportive homelike environment they deserved to have. Moreover, Louise helped formulate a Charter, followed by all Birthright chapters worldwide, to define Birthright's services, to ensure that pregnant women receive the same considerate treatment at every Birthright chapter, and to help volunteers preserve Birthright's good reputation in the future. Call today

...any woman regardless of age, race, creed, marital or economic status, who feels distressed by an unplanned pregnancy.

...for every woman who calls for help. Whether that call is for nothing more than an anonymous pregnancy test or for friendship and support lasting through the delivery and beyond, Birthright is there. Every woman is special and deserves to be treated as an individual.

...for every woman and does not pass judgment on the "quality" of life or circumstances of a pregnancy. It does not dwell on the past. Birthright instead asks, "How can we help?" No matter how difficult a situation may seem, Birthright helps each woman plan constructively for her future.

... to each woman, ask questions, and encourages her to explore her options without pressure and without passing judgment.

...its services free of charge. A tax-exempt, charitable organization, Birthright exists because of the financial and moral support of its donors and volunteers. It is independent, interdenominational, and not affiliated with any religious or political group or public agency.

In the event of an unplanned pregnancy, something as small as a free pregnancy test or pregnancy counseling can help. Let Birthright of Loudoun help you today. Birthright of Loudoun provides caring, non-judgmental support to girls and women who are distressed by an unplanned pregnancy. Using its own resources and those of the community, Birthright offers positive alternatives to abortion as well as pregnancy counseling services. We present many services and offer referrals for many more. We provide friendship and emotional support, free pregnancy testing, advice on alternatives to abortion, maternity and baby clothes, and help in making a workable plan for the future. We also give information and referrals to help clients meet medical, legal, educational, employment, financial, and housing needs. Birthright treats each woman as an individual who deserves kindness and respect, as well as personal attention to her unique situation. We are here to listen and help you because we care; you are not alone. All Birthright of Loudoun services are free, absolutely confidential, and available to any woman regardless of age, race, creed, and economic or marital status.

Offering a variety of services including a free pregnancy test and more.

When facing an unplanned pregnancy, there are many difficult decisions to make, and it can be extremely overwhelming. If you or someone you know is considering abortion or looking for alternatives to abortion, please give Birthright of Loudoun a call. We provide professional counseling services to help women throughout the Leesburg, VA area. We will not pressure you or use scare tactics at any time during counseling. We believe in creating a nonjudgmental atmosphere to help women who are going through a pregnancy crisis. You can find out more about our philosophy here. If you or someone you know is facing an unplanned pregnancy, call 703-539-2575 to speak to someone who will listen and help. 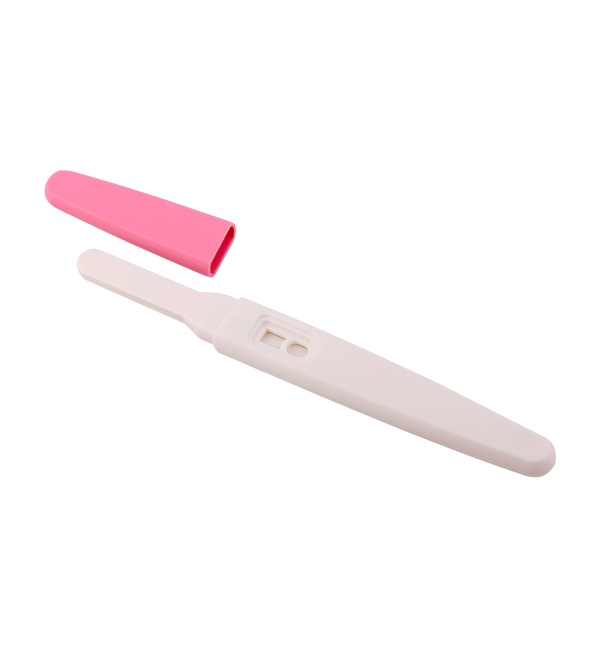 How much does it cost?

Absolutely nothing!
All our services are free.

What type of ID/Paperwork do I need to bring?

Not a thing!
We are completely confidential.

How long does it take?

Results are available in four minutes.
Our tests are completed on-site.

Do I need an appointment?

No; walk-ins are welcome
However, it is recommended that you call and let us know you are on your way.

What if I've already taken a home pregnancy test?

Whether your result was positive or negative, you are welcome to come in for a back-up test with our medical-quality pregnancy test—which may be more sensitive than your over-the-counter test. It’s accurate, fast, and free.
Or you’re welcome to simply come in and explore how we can help you.

What if I cannot come in during your advertised hours?

Call us, and we will make arrangements for a special appointment.
We want you to get the help you need!

Birthright uses a medical-quality test, which is the most accurate and sensitive urine pregnancy test available.
Let us run our lab-quality pregnancy test for you at no charge.

Do I have to wait until my period is late?

No. Birthright’s pregnancy test is extremely sensitive and can give an accurate result as early as 7 days after sexual activity/conception.
You want to know ASAP; come for a free pregnancy test and get peace of mind.

Can Birthright provide me a positive pregnancy test verification form for medicaid?

Yes, we are happy to do so.
We also can help you navigate the application process.

What about pregnancy symptoms?

They vary from woman to woman, but the most common symptoms are:
• Missed period • Fatigue • Frequent urination
• Breast tenderness/changes • Nausea (so-called “morning sickness” that can happen any time of day)
If you suspect you might be pregnant, let us help you with the first step—a pregnancy test.

The test was positive – Now what?

Birthright will listen to your concerns and help you overcome whatever challenges you may face.
Let’s talk. 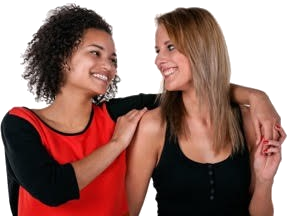 Teen pregnancy has been on the decline in Virginia, as well as the rest of the country for a few years now, but it is still a prevalent problem. According to a study in 2014, there was a birth rate of 18.4 per 1,000 teenage girls in the state of Virginia. While these numbers have shown a steady decline, it is still important to make sure that when teen pregnancy occurs, there is a safe, understanding environment to provide the guidance and help that is instrumental in this situation. Birthright of Loudoun is a pregnancy center that offers services to teens and other women who are dealing with a pregnancy. We provide free pregnancy testing to help ease your worries and give you the answers you need. We offer pregnancy counseling and counseling for alternatives to abortion to help young women determine a realistic plan for their future.

If you’re facing an unplanned or teen pregnancy, Birthright of Loudoun offers all the help you need to guide you through this stressful time. Please don’t hesitate to give us a call if you have any questions, or stop in and see us. We provide all our services with understanding and compassion. Whether you’re trying to find a place to get a free pregnancy test to answer your questions or you are looking for pregnancy counseling services, Birthright is here for you. 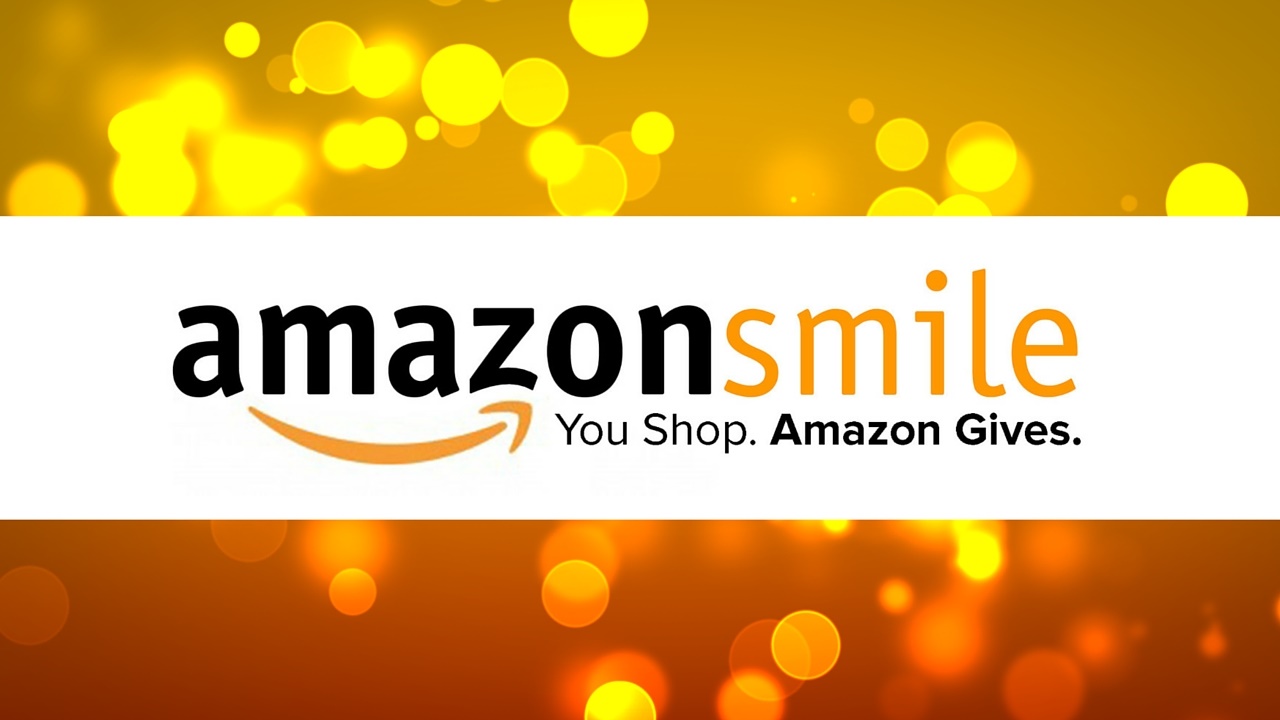 
*In the space provided, please provide the name of the person in whose memory this gift is being given, as well as the name and address of the person(s) to be notified of your generosity.

**In the space provided, please provide the name and address of the person(s) in whose honor this gift is being given (and, if applicable, the special occasion). 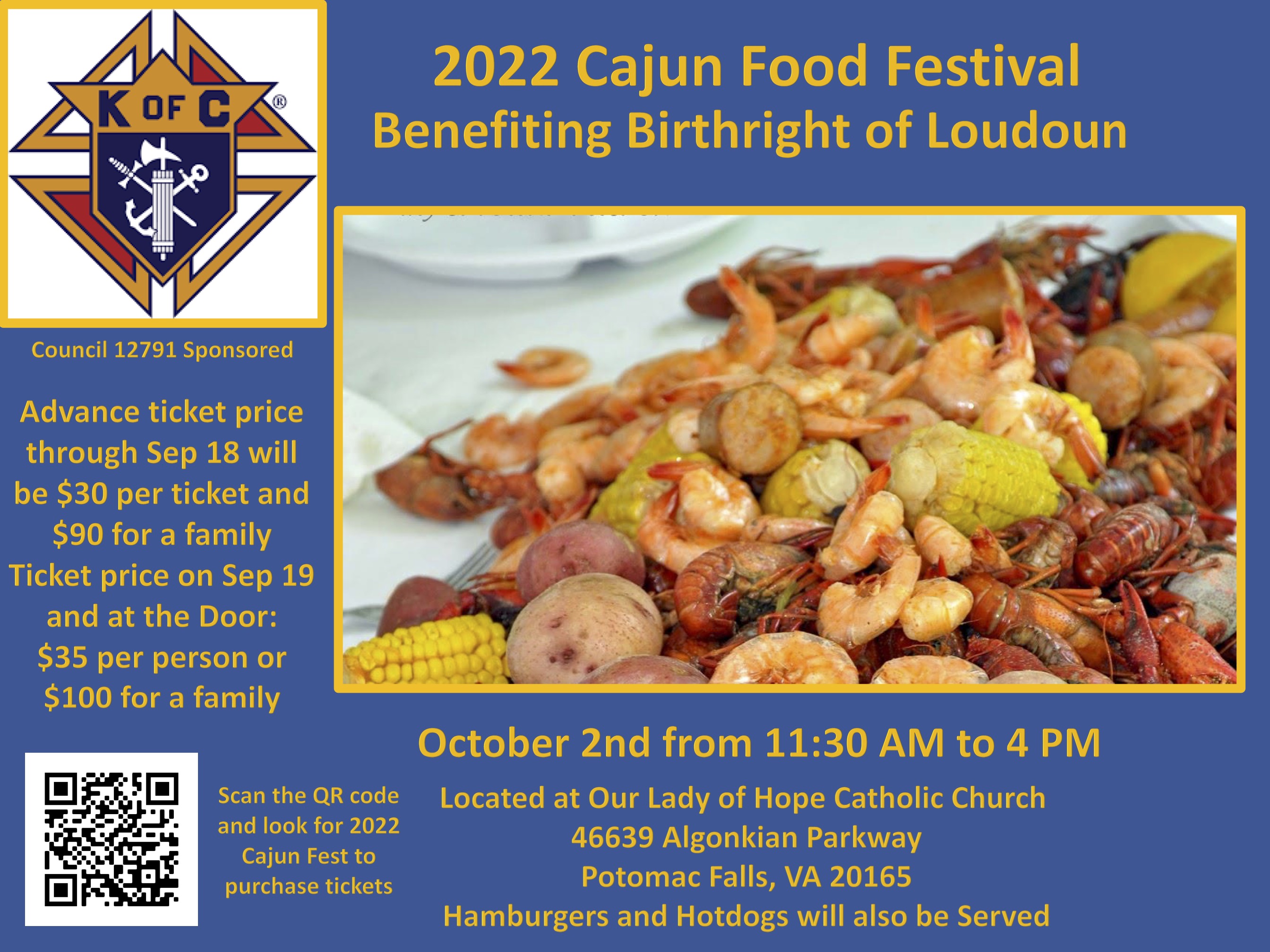 Thanks to our friends, the Knights of Columbus at Our Lady of Hope Church, all proceeds from this event will go to support our Moms and their precious babies. Order Tickets Here